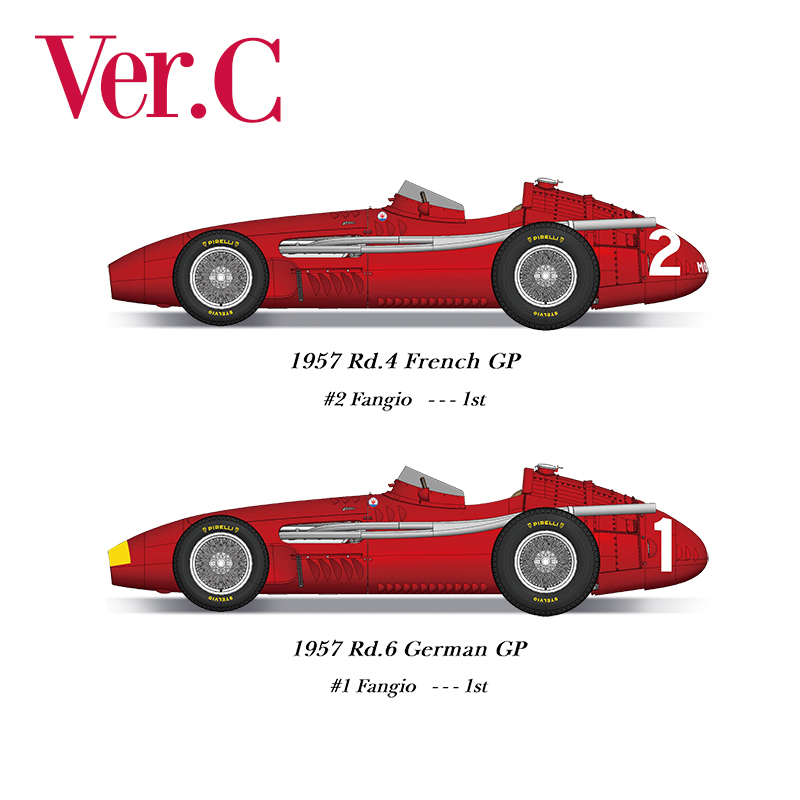 
– based on the versions that raced in both French GP and German GP, featuring a different cowl that has louvers in the lower center part of the body. Fangio managed to win first in both races, with the German GP race being one of Fangio’s best race moments – having pitted mid-race, Fangio was about 40 seconds behind both Ferrari cars (who were first and second at the time). However Fangio was able to make up for the deficit and took first place at the very end. This victory would also mark Fangio’s final F1 win.