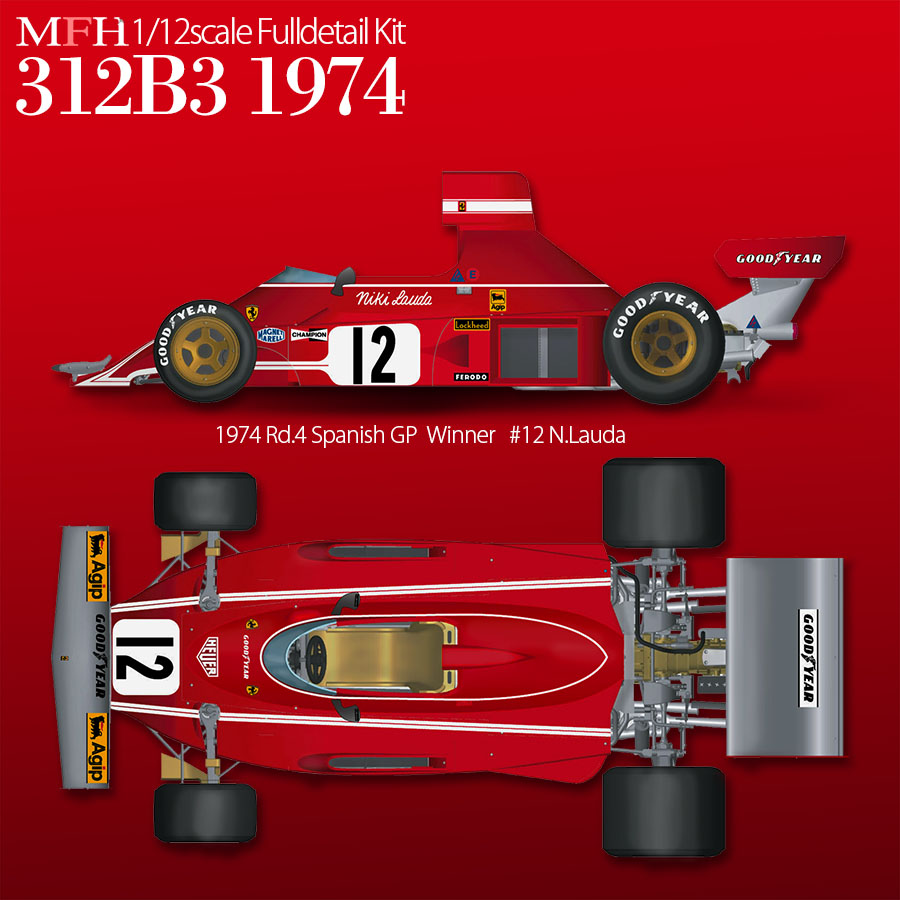 
Have shared little success with the 312F1 between the years of 1966 to 1969, a new engine was developed under the direction of Mauro Forghieri. The new engine was a flat-12 engine, featuring a completely different weight, size and center of gravity with hopes of better performance than the old 60 degree V12 used by the 312F1. The first car to run under this engine would be the 312B in 1970, and the engine would see further use in the successor cars - the 312B2 in 1971, and the 312B3 in 1973.
Despite various upgrades since the original 312B, the team did poorly after the successes of the original 312B. In order to change the flow, the team appointed Luca di Montezemolo as the new team manager, and had Clay Regazzoni and Niki Lauda as their driver lineup for the season of 1974.
The 312B3 was also upgraded for the 1974 season, with a revised monocoque, cowl and induction pod to improve the aerodynamics and weight distribution of the car. It managed to perform strongly, winning 2nd in constructors and even allowed Regazzoni take 2nd place in drivers (losing out to Emerson Fiddipaldi of the McLaren team). Among its many successes was taking Lauda to victory at the Spanish GP, marking his maiden victory and ending a two year victory drought for the Ferrari team.
The 1974 version of the 312B3 set the foundations for the 312T series that would bring Ferrari to its golden age in F1.